From the 18th till the 29th of July 2016 the first BioEnergyTrain International Summer School (ISS) hosted by the National Laboratory of Energy and Geology (LNEG) took place in Lisbon, Portugal. The ISS was the second event of a series of Professional Education Formats that will be developed throughout the entire duration of the BioEnergyTrain project. 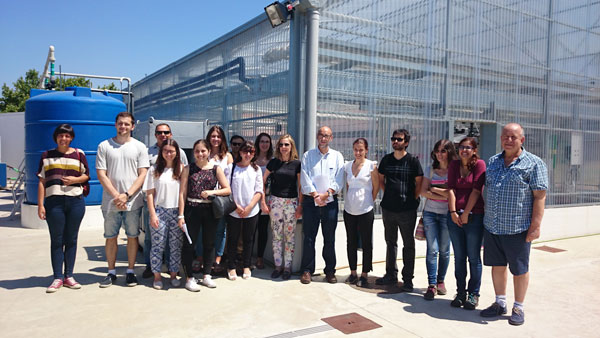 The ISS gathered 19 participants from 4 different countries. The participants were mainly from academia (both post-grad students and professors), but about 1/3 were from commercial companies, associations and governmental bodies. The ISS took place at Lumiar Campus of LNEG and was aimed to cover fundamental aspects of Bioresources and to reveal solutions in the quest for innovations in the biorefinery framework converting underexplored biomass into biofuels and chemicals. The two-weeks programme included presentations given by the representatives of LNEG, TU Graz, UTwente, KIC, and also from University of Lisboa, New University of Lisbon, The Navigator Company, Amarsul, A4F and GPPQ (NCP for H2020 funding). Three companies also provided access to their sites for technical visits: The Navigator Company, Amarsul and A4F.